Roundtable on How Iran Sanctions Do and Do Not Apply for Business with Deputy Assistant Secretary, U.S. Department of State – 12th May 2016

On 12th May 2016, in New Delhi, AmCham members met with DAS Andrew Keller to discuss in detail the JCPOA plan and how U.S. sanctions on Iran do and do not apply for businesses.

Those present from the USG included:

Highlights of the discussion included:

President Obama, Secretary Lew, and Secretary Kerry have all said repeatedly, the United States is not standing and will not stand in the way of business that is now permitted with Iran.
Secondary sanctions generally are directed toward non-U.S. persons for specified conduct involving Iran that occurs entirely outside of U.S. jurisdiction and does not involve U.S. persons.
USG has no objection to non-U.S. banks engaging with Iranian banks and companies as long as those banks and ‎companies are not still on the List of Specially Designated Nationals and Blocked Persons (SDN List) maintained by the Department of the Treasury’s Office of Foreign Assets Control (OFAC). Non-U.S. banks can open accounts, provide financing, and allow Iran to have access to its funds provided that those transactions do not involve persons on the SDN List or U.S. persons and do not transit the U.S. financial system.
If banks or other firms have any questions, they were encouraged to contact OFAC directly.
To help ensure that the private sector is able to make fully-informed decisions, the State and Treasury Departments have been actively engaged with partner governments and the private sector to provide clarity on the sanctions that were lifted on Implementation Day, as well as those that remain in place.

The U.S. Department of the Treasury’s Office of Foreign Assets Control (OFAC) is the U.S. government agency charged with administering economic sanctions programs, including the sanctions against Iran. Companies with questions on the applicability of primary or secondary sanctions were encouraged to take advantage of the over 80 pages of guidance and frequently asked questions relating to the JCPOA that OFAC has published. These resources can be found at https://www.treasury.gov/resource-center/sanctions/Programs/Pages/iran.aspx#legal. OFAC’s hotline is 1-800-540-6311 or 1-202-622 -2490 or email them at ofac_feedback@treasury.gov. 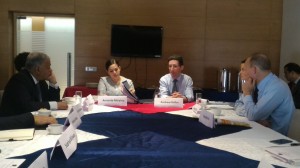 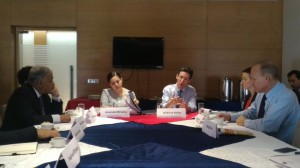