Mr. Shashi Reddy addressed the gathering and gave a brief of AMCHAM’s activities in Hyderabad. Ms. Swati Lakra IPS, chief guest of the day spoke on women’s safety in Telangana and the SHE teams who work behind the scenes to ensure safety of women and that anyone found abusing women are apprehended. She shared her vision to see a world where women would be safe. She was given the task of women’s safety by Chief Minister Chandrasekhar Rao and they have built up the SHE teams, which also provides free shuttle buses for women in the Hi-Tech city area.

Mr. Eric Alexander, Consular Chief, U.S. Consulate Hyderabad, spoke on AMCHAM being active in everything from bilateral trade promotion to sports and cultural events. He said that the sporting events were a great example of the strong community leadership and team spirit that AMCHAM demonstrates in Hyderabad. He also spoke on how U.S. and India have made huge strides in economic diplomacy. He thanked the members for their work in building bridges and strengthening ties between both countries. 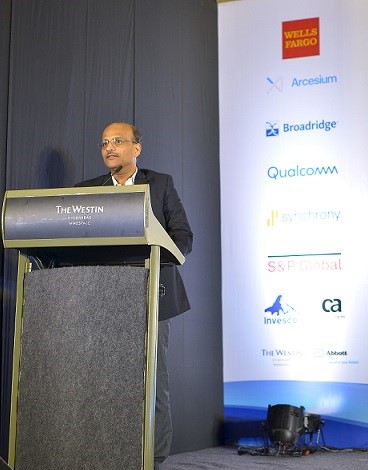 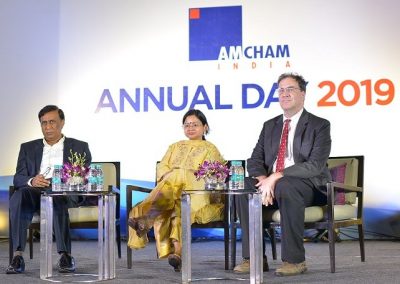 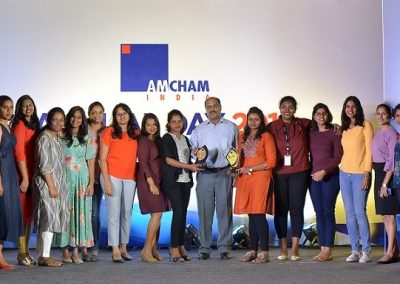 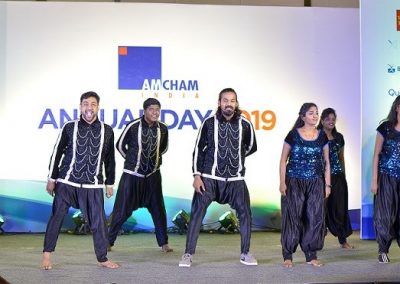