On Tuesday, 12th March 2019, AMCHAM, USIBC and USISPF, in partnership with the U.S. Consulate General Mumbai, organized a U.S. – India commercial roundtable which was hosted by U.S. Consul General Edgard D. Kagan and Dr. P. Anbalagan, CEO, MIDC. The meeting began with remarks by Dr. P. Anbalagan who welcomed the representatives of the U.S. government and the participants to the roundtable and encouraged an open dialogue to resolve issues and challenges in the ease of doing business faced by U.S. companies in Maharashtra. This was followed by remarks by Consul General Edgard D. Kagan who stated his confidence in the spirit of Maharashtra and the MIDC towards being strong partners to American businesses in the state.

As part of the commercial roundtable Dr. P. Anbalagan shared insights and updates on MIDC’s land acquisition proposals and availabilities, water supply and the upgradation of water infrastructure, the government’s electronic tendering process, law and order and incentives. Mr. Sanjay Ingale, Deputy Secretary, Department of Industries, shared insights on infrastructure developments, the new industrial policy, green technology, incentive packages and stated that the MIDC plans to increase investments in the next 5 years.

The interactive Q&A that followed saw U.S. companies share challenges and ask queries with regards to land acquisition, water shortage at their plants and the e-tendering process. Dr. Anbalagan and the MIDC officials present provided solutions to the queries posed as well as invited insights and suggestions from U.S. corporates for their roadshow scheduled to be held in June 2019. The meeting concluded with Consul General Edgard D. Kagan thanking Dr. P. Anbalagan and the representatives of MIDC for their openness to listen and exchange ideas and insights to support the ease of doing business. He also thanked AMCHAM for their continued support and partnership. 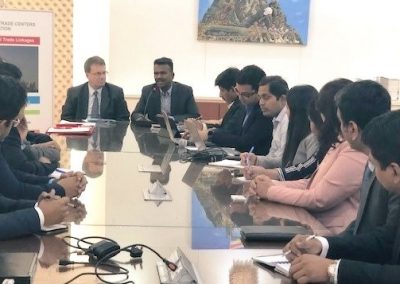 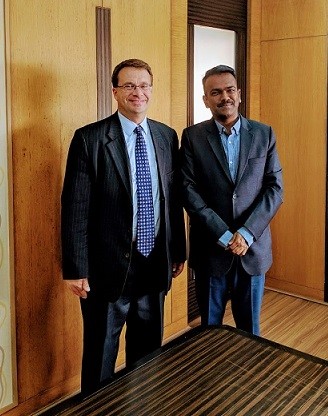 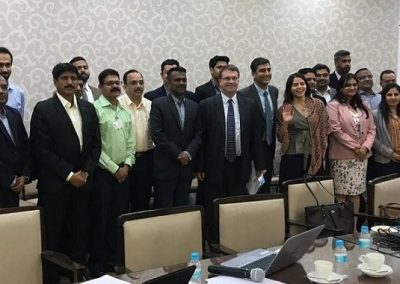