Mr. K.P. Sengupta, Chairman – Eastern Region, AmCham, while welcoming the audience, took the opportunity to brief them on the debriefing session post the U.S.-India Strategic and Commercial Dialogue with U.S. Ambassador Richard Verma and Joint Secretary, MEA, Mr. Munu Mahawar, helf on 6th September in New Delhi, which he attended. He said that there were a number of positive developments on the U.S. – India economic front strengthening U.S. – India strategic and commercial relations. While introducing Mr. Sen, Mr. Sengupta requested the principal secretary to explain the difference between a green city and a smart city and its social and economic impact in the state.

The chief guest, Mr. Sen, gave a detailed talk on why the West Bengal Government decided to develop its own ‘Green City Project.’ The concept of a green city is a new one globally. Like the smart city, the focus is on the creation of sufficient eco-space, a sustainable water reservoir system and modern transport with low emission. He spoke about rooftop farming, vertical gardens, solar power, pocket forest – he said that lakhs of trees were being planted, rainwater harvesting and a host of other innovated pillars related to the greening of New Town, the first green city project that the GOWB is undertaking. 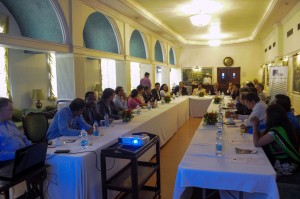 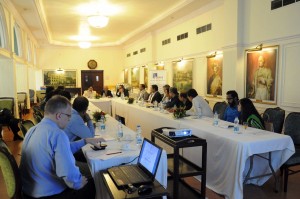 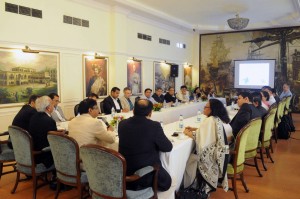 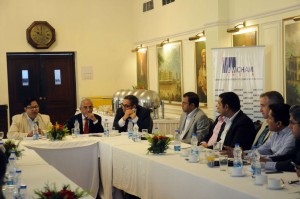