The first session was a presentation on ‘Top Trends in FCPA and Anti-Corruption Enforcement and Recent Corruption Cases in India’ by Mr. Vasu Muthyala, White-Collar, Corporate & Individual Investigations, and Enforcement Partner, Kobre & Kim. Mr. Muthyala commenced by explaining the basics of FCPA followed by the recent enforcement trends. He went on to talk about how to identify risk areas and their consequences. He also described possible remedies that companies could take into consideration.

During the second session Ms. Naomita Royan, Senior Associate, Baker & McKenzie (based in Australia) and Ms. Yindi Gesinde, Senior Associate, Baker & McKenzie (based in the UK) gave a presentation on best practices in investigations. They elucidated on the three rules for sound investigations followed by sources and triggers for investigations. They also shed light on how to deal with investigative authorities and prosecutors. Ms. Royan and Ms. Gesinde briefed the audience about early case evaluations, time estimates and reporting.

The third session was focused on ‘Shell Companies in India – Corruption and Money Laundering’ and featured speaker Mr. Jagvinder S. Brar, Partner, Forensic Services, KPMG. Mr. Brar spoke about the way companies are set up and ways they manage to launder money.

In the next session, Mr. Ashish L. Sawkar, FBI, Legal Attaché, U.S. Embassy, gave an interesting presentation on the FBI’s role in anti-corruption investigations. He ran the audience through a presentation explaining the history of the FBI. He explained the undertakings of the International Corruption Unit, the impact of corruption on the economy and on the world and their proactive global strategy. Thereafter, Ms. Isabella Detwiler, Deputy Minister Counselor, Economic, Environment, Science and Technology, U.S. Embassy, spoke about her perspective on U.S. priorities in combatting foreign bribery during the fifth session.

The seventh session was on ‘Third Party Risk Management and Mitigation – Lessons Learned’ by Ms. Shukla Wassan, Executive Director – Legal & Corporate Affairs, South Asia, Hindustan Coca-Cola Beverages and Mr. Vasu Muthyala, White-Collar, Corporate & Individual Investigations, and Enforcement Partner, Kobre & Kim. They answered some of the essential questions that one could have while dealing with third parties such as – why are third parties a risk in Asia, who are some third parties and what are common third party red flags. They gave suggestions on how to manage third party risks, mitigating these risks and taking preventive measures. This was followed by the audience asking questions from the panel.

Mr. Rahul Lalit, Partner, Advisory, PwC gave a presentation on ‘ISO 37,001 Standard and Certification’ explaining the standards in detail during the eighth session. Mr. Lalit explained what the standard meant by definition, its requirements and features. He also touched upon the certification process along with the benefits and limitations of ISO 37,001.

The master class concluded with closing remarks from Ms. Ritika Ratti, Chairperson – Anti-Corruption & FCPA Compliance Committee, AMCHAM and Chief Ethics & Compliance Officer & Head of Anti-Corruption, Walmart India. She requested the audience to fill out feedback forms to help us understand what they liked and how we can improve the master class next year. 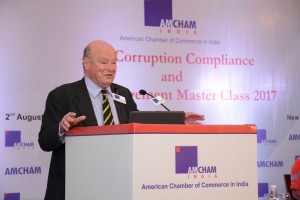 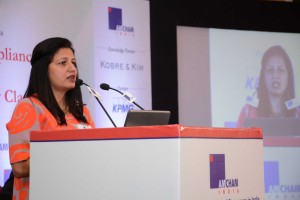 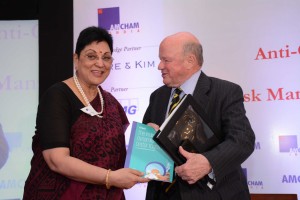 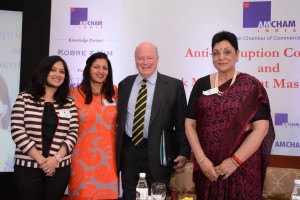 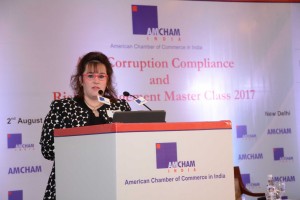 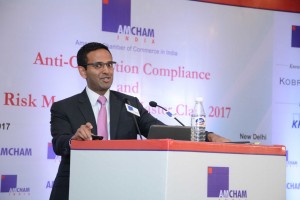 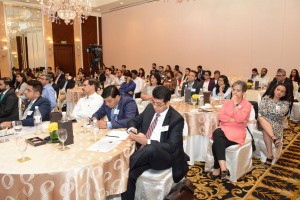 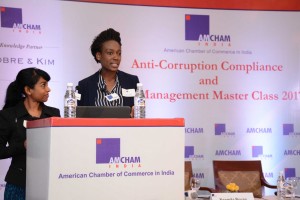 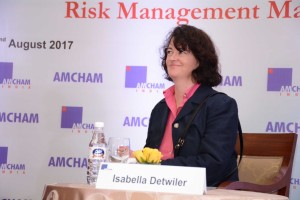 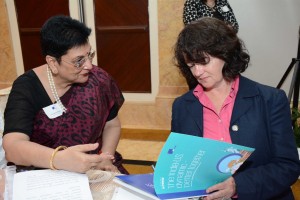 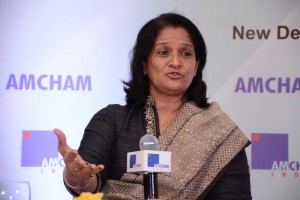 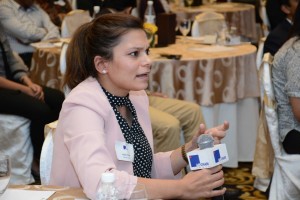 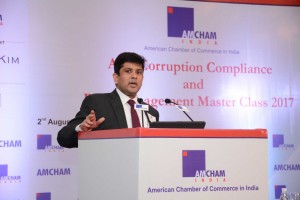 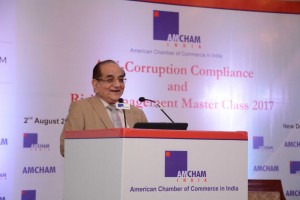 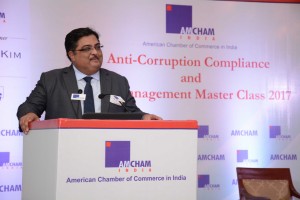 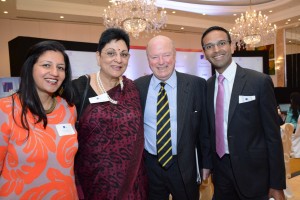