AmCham, as supporting partner to the U.S. Consulate General, Mumbai, hosted an event entitled: The Progress of Pride – Film Screening of “Matt Shepard is a Friend of Mine” and an evening of interaction with advocates of LGBT rights on Tuesday, 14th June 2016 at the U.S. Consulate, Mumbai.

Ms. Anamika Chakravorty, Cultural Affairs Officer, U.S. Consulate General Mumbai extended a warm welcome to the participants. The evening began with the screening of the award-winning documentary “Matt Shepard is a Friend of Mine” that revisits a crime that sparked national reckoning with the reality of homophobia, and that eventually led to the creation of The Matthew Shepard Foundation and the passage of the Matthew Shepard and James Byrd, Jr. Hate Crimes Prevention Act.
The live webchat that followed was a stimulating dialogue with the film’s director, Michele Josue, Matthew Shepard’s mother, Judy Shepard, who is an LGBT rights advocate, and the U.S. State Department Special Envoy for Sexual Rights, Randy Berry. The participants from Mumbai, which included representatives of various NGOs, foundations and independent advocates of LGBTI right, senior representatives of the U.S. Consulate as well as AmCham members, actively participated in the session.

The evening concluded with remarks by CG Tom Vajda. 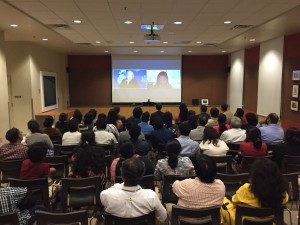 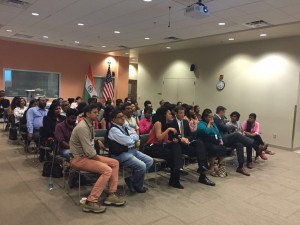 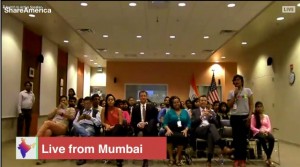