On the eve of AmCham’s National Executive Board meeting, members of the Board and members of the Hyderabad Executive Committee met with Mr. K.T. Rama Rao, Minister for IT, Municipal Administration & Urban Development, Industries & Commerce, Public Enterprises, Sugar, Mines & Geology, NRI Affairs, Government of Telangana and his team for an interactive session on 15th September 2016 at T-Hub, Hyderabad.

Mr. K.T. Rama Rao explained the reforms introduced by the Government of Telangana to attract foreign direct investment and for ‘ease of doing business.’ He also spoke about his visit to the U.S. and the interest American companies have for investing in Telangana. 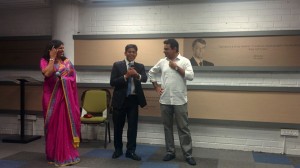 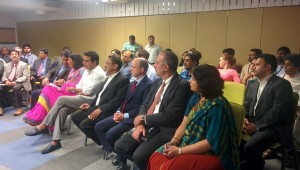 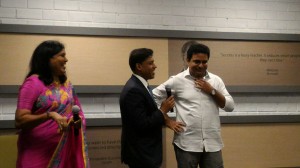 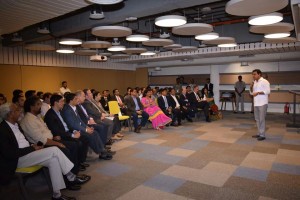