The session started with opening remarks and presentation on the Government of Karnataka key policies and initiatives by Mrs. Meena Nagaraj, followed by an address by Ms. Payal Satish, Regional Director – Karnataka Chapter, AMCHAM, followed by an open house session where companies shared information on their ease of doing business in the state and any suggestions from companies. Dr. E.V. Ramana Reddy gave closing remarks. The session was attended by AMCHAM member companies like Collins Aerospace, Morgan Stanley, Mastercard, Western Digital Company and others. 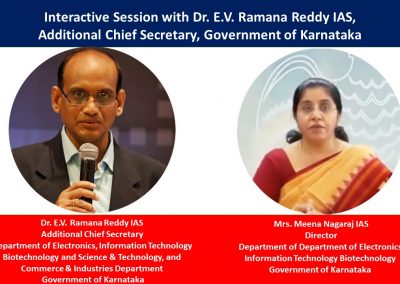