On 12th February 2019, AMCHAM’s Karnataka chapter hosted its annual seminar focussed on renewable energy on the topic ‘Futuristic India, Deeper Applications of Renewable Energy Summit’ at the Conrad, Bengaluru. The event was in participation with the Karnataka State Government where a speaker from BESCOM/KREDIL was present to speak about government initiatives in the renewable energy space. Mr. Shreenath, DGM Smart Grid & Electric Vehicles, joined the seminar. Topics included grid in the new energy landscape and energy conservation through effective air handling units followed by an interactive session with questions from the audience. 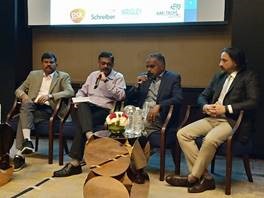 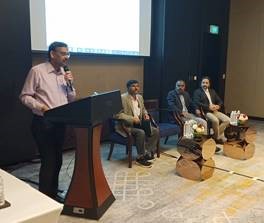