The team formally welcomed him as the USG chairman on the AMCHAM Defense Committee. AMCHAM welcomed members and kicked off discussions by receiving a read out of the recently concluded India-U.S. Defense Policy Group (DPG) in Washington D.C. The team finalized the agenda for upcoming meetings with the Ministry of Defence officials in the coming days. Details on future AMCHAM events in the defense space was shared with members for blocking their calendars. Upcoming industry engagements and events at DefExpo 2020 were also discussed. 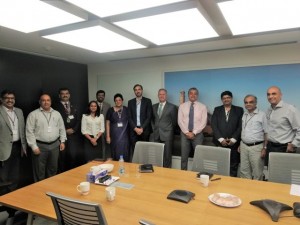