Mr. Edgard Kagan, Deputy Chief of Mission, U.S. Embassy, in his remarks, emphasized the need for companies to come to the Embassy and Consulate early when they face challenges at a state level. He talked about some of the economic reforms and the U.S.’s continued optimism for India. He encouraged the chamber and companies to highlight their CSR activities. Mr. Shashidhar Reddy, Chairman – Hyderabad Chapter, AMCHAM and Vice President, Qualcomm India, gave an overview of AMCHAM’s activities in the Hyderabad Chapter and welcomed Mr. Joel Reifman, Consul General, U.S. Consulate Hyderabad. Consul General Reifman, in his remarks, expressed his enthusiasm to be in Hyderabad. He touched upon Indo-Pacific strategy and the investment that American companies have already made in the region. Participants introduced themselves and interacted with officials. The event was sponsored by Arcesium. 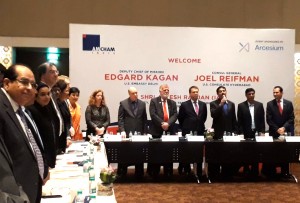 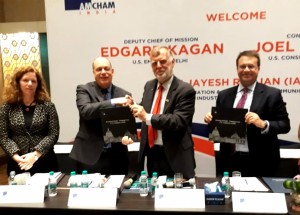 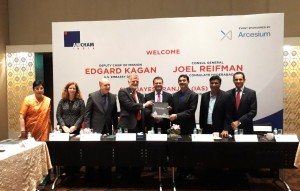 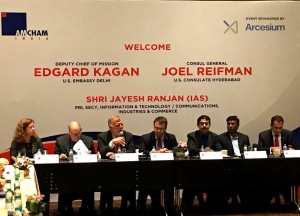