AMCHAM’s National Executive Board welcomed Charge D’Affaires, U.S. Embassy and AMCHAM’s Honorary President, Ambassador Daniel B. Smith and interacted with him virtually on June 3rd. The session began with welcome remarks and an introduction of CDA Ambassador Smith by Ms. Ranjana Khanna, Director General CEO, AMCHAM. Mr. Salil Gupte, Chairman, AMCHAM and President, Boeing India, provided an overview of AMCHAM and discussed some of the ways member companies have been supporting their communities during the pandemic. CDA Ambassador Smith shared his global experience, highlighted the U.S. government contributions to India during the pandemic and emphasized the importance of vaccines. 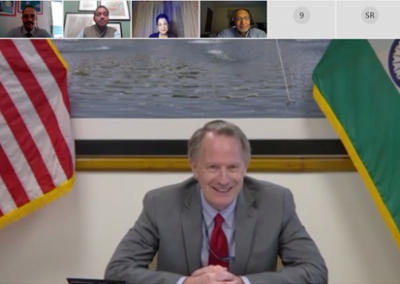 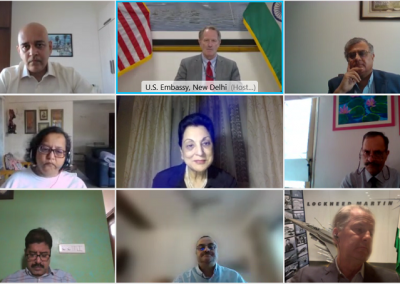