Under defense cooperation, there was a commitment of the Ministers to expand military-to-military cooperation and improve the defense and security partnership in the coming year. The signing of another defense enabling agreement, Industrial Security Annex (ISA) to facilitate exchange of classified military information between Indian and U.S. defense industries was a high point and the agreement of an annual bi-lateral tri-service amphibious military exercise Tiger Triumph were the key features of the defense discussions. A Statement of Intent to co-develop several projects was also finalized under the Standard Operating Procedure for setting forth implementation guidelines for projects under DTTI and the Industry-to-Industry Framework, which will establish a standing mechanism for dialogue between Indian and U.S. defense companies and their governments on defense technology and industrial cooperation. Both countries have agreed to continue discussions on Basic Exchange and Cooperation Agreement (BECA).

Amongst strategic cooperation, the discussions covered a free and transparent Indo Pacific region, digital connectivity on energy, civil space, potable water and water in agriculture, earth sciences and human space. Enhanced cooperation under the space dialogue and interest for involvement in an India-U.S. Oceans dialogue was also proposed and is under consideration currently. Under the cyber security dialogue in ICT industry covering 5G, mobile technologies, cert responses and cyber practices were discussed. There is possibility of bilateral agreements concerning the U.S Cloud Act as India expressed interest to be involved in that sphere. The next U.S. – India 2+2 dialogue was confirmed to be held in India in 2020. 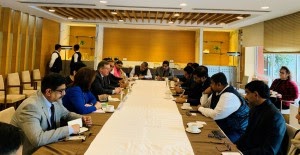 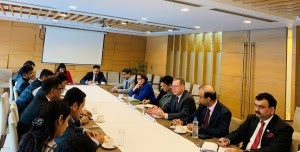