On February 20th, AMCHAM and Observer Research Foundation (ORF) released the first study on U.S. industry before President Trump’s visit to India. The study ‘India at $5 Trillion: Strengthening Opportunities, Removing Hurdles’ was based on interactions with AMCHAM members and has examined the investment potential and market opportunities that India’s growth offers, opportunities for U.S. companies as a business partner in India’s growth and hurdles U.S. companies face while doing business in India.

Minister Puri, in his address, gave an overview and history of the U.S.-India partnership. He said that the report was a testimony that the business environment in India is positive and was enthusiastic that India could be a $10 trillion economy by 2030. He highlighted many government initiatives that illustrated India’s growth at a rapid speed and touched upon challenges that affect the ease of doing business in India, as mentioned in the report. 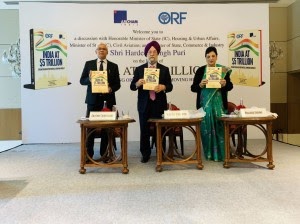 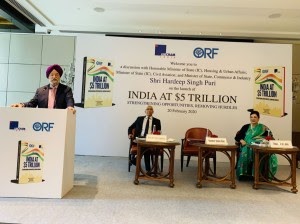 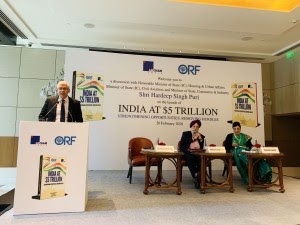 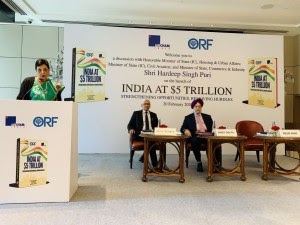