AMCHAM’s Karnataka Chapter hosted the intra company cricket tournament, the AMCHAM Premier League, on October 15th – 16th in Bengaluru in which 12 teams played in a round robin and then knock out format. The teams were from AMCHAM member companies Optum, UST Global, MOOG, Swagelok, Western Digital Company, Conrad, Thomson Reuters, Timken and Wissen Infotech. Each team played the other 3 teams in their pool once, with each match being 50 mins. The teams that made it to the semi-final included UST Team A and UST Team B along with WDC Team A and Optum. The best cheering team award was given to Wissen Infotech for their huge number of supporters that came to watch their team play. They not only supported their own team but all the other teams that were participating. The finals were rained out and will be scheduled for a future date before the end of the year which will be played by UST and Optum. 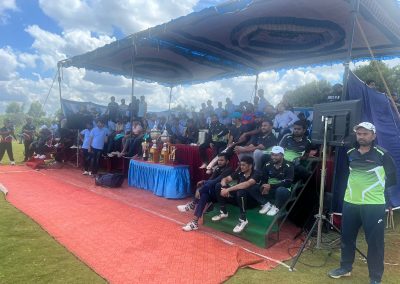 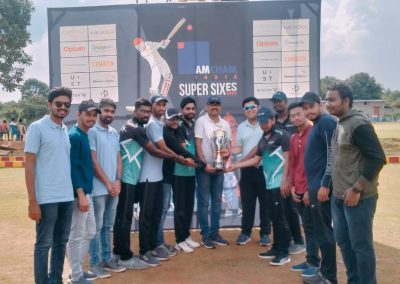