AMCHAM’s Northern Region Council met under the leadership of Mr. Karan Bajwa, Chairman – Northern Region Council, AMCHAM and MD and RGM India & South Asia IBM India, in New Delhi on August 26th. The meeting was attended by Ms. Ranjana Khanna, Director General CEO, AMCHAM, representatives from the U.S. Embassy and members and representatives of the Northern Region Executive Council. The Chairman highlighted the fact of the Council’s proximity to the country’s seat of power and called upon members to leverage it and enable AMCHAM to take up issues with functionaries at various levels of the government, in the larger interest of members.

He also suggested compiling a compendium of investment in the Northern Region, divided primarily into key sections as per the priority geographies of Delhi/NCR, Haryana, Punjab and J&K, in the form of a handbook of information for all prospective U.S. investors in the region. The compendium will include all key information about ease of doing business as well as state government incentives offered to investors. AMCHAM’s secretariat will work with members and leverage each of their strengths to bring out the compendium. The J&K Investor Summit on October 2019 was highlighted. The Council discussed the annual work plan, Signature Lecture Series with visiting global CEOs or domain experts and CSR activities of member companies, amongst other agenda points. 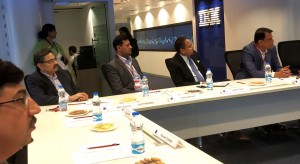 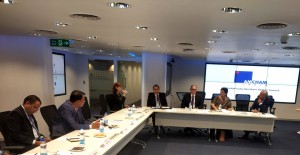 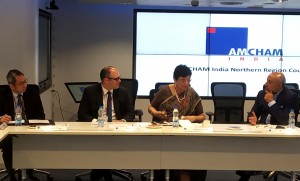