AMCHAM’s Tamil Nadu Chapter hosted an interaction with Mr. Richard Rossow, Senior Adviser and Wadhwani Chair in U.S.-India Policy Studies, CSIS on September 26th in Chennai. Mr. Rajan Aiyer, Chairperson – Tamil Nadu Chapter, AMCHAM welcomed participants and introduced Mr. Rossow, who began the session by explaining how India is peculiar in that it is the states that run the country, they set policies and invite investments into the state. He elaborated and mentioned that in India, the Union Government sets the tone on federal aspects such as climate change, and change in policy, which may not be favourable to all states.

On the bilateral front he said that the civilian nuclear policy was clearly a sign of progress which was done during the President Barack Obama’s term. The other signs of progress included the supply of defense equipment to India, Indo Pacific trade relations, maintenance of peace in the region and preventing China’s economic domination. On the India front, he said that removing FDI caps, reforms in hydro carbon, gas, ensuring an uninterrupted supply chain and supply of critical minerals were some of the noticeable developments. The QUAD initiative has also helped in establishing India’s growing role in the region. He mentioned that investment and trade is on the upswing and the FDI is in the region of $60 billion. While there is a growing debate on Atmanirbar and Make in India policies, the shortage of semiconductors and stress on increase in robotics was still open. The session concluded with a time of Q&A in which Mr. Rossow clarified many questions from members. 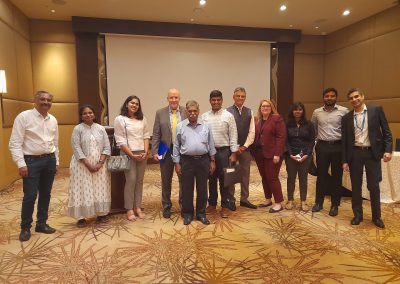 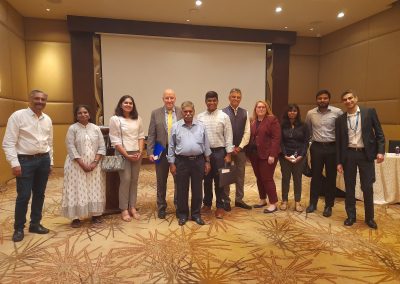