Mr. Pomper said that the U.S.-India trade relationship has been growing exponentially in recent years; two-way trade between the United States and India in 2017 increased by $12 billion to $126 billion and the United States is India’s number one export destination. He said more than a million people travel between the countries annually. In FY 2018, over 1.2 million visas were adjudicated in the five consular sections across India. In FY 2018, over 235,000 people in India applied for U.S. visas via the interview waiver program.

Beginning September 1st, 2019, the U.S. Mission to India would begin to schedule interview waiver passport drop-off. Previously, applicants did not need to schedule an appointment to drop off their passports. This procedure applies to individuals renewing U.S. visas that have expired less than one year before and to applicants under age 14 or over age 79. He said the goal in implementing an appointment scheduling system for applicants dropping off passports for visa renewal was to improve customer service and reduce overall processing times. As a result of this change, the Embassy and Consulates anticipate being able to reduce the processing times from three weeks to 7-10 business days.

From September 1st, applicants eligible for interview waiver processing can schedule an appointment date via on the website, www.ustraveldocs.com and drop off their passport and visa application materials at one of the eleven Visa Application Center locations across India. He said that FAQs on the new Interview Waiver scheduling which was distributed at the meet could be shared amongst members. 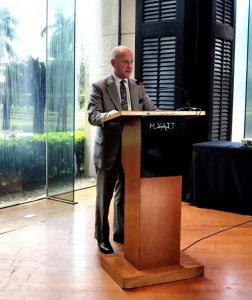 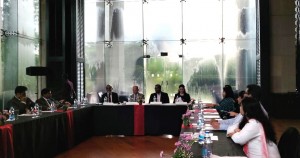 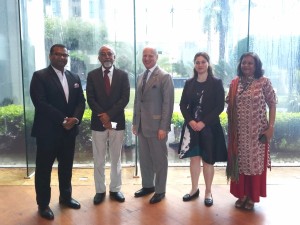