During the meeting members had an interaction with Ms. Aileen Nandi and Dr. Preetha Rajaraman, Health Attaché, U.S. Embassy gave an update on the U.S.-India Health Dialogue. Discussion was based on updates on the status of price control on stent and knee, NLEMD/TMR discussion, PPO and details about the regulatory roundtable organized by the Department of Pharmaceuticals under the Ministry of Chemicals & Fertilizers. The meeting concluded with closing remarks by Mr. Manoj Madhavan who thanked members for their valuable inputs. 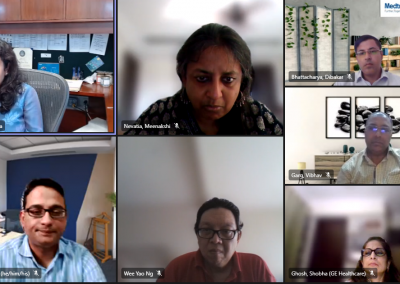