AMCHAM’s Medical Devices Committee held a meeting on July 19th in New Delhi under the chairmanship of Ms. Meenakshi Nevatia, Chairperson – Medical Devices Committee, AMCHAM and Managing Director, Stryker India. The meeting encompassed discussions on the positioning of AMCHAM with Government of India, U.S. government and industry along with an update on the advocacy and regulatory landscape for medical devices.

During the meeting members had an interactive session with Ms. Aileen Nandi, Minister Counselor for Commercial Affairs and Dr. Preetha Rajaraman, Health Attaché, U.S. Embassy, where members highlighted the current situation of the MedTech industry along with a few issues that were categorized as long, mid and short term.

Some of the key points that were discussed during the meeting included: MedTech value proposition, suggesting measures for ease of doing business for shaping policies, increasing AMCHAM membership and strategy to develop bilateral talks with neighbouring countries such as Bangladesh and Sri Lanka. The meeting concluded with closing remarks by Ms. Meenakshi Nevatia in which she thanked members for their valuable inputs. 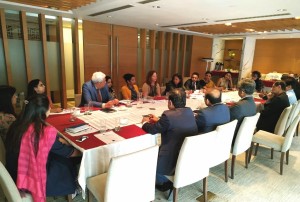 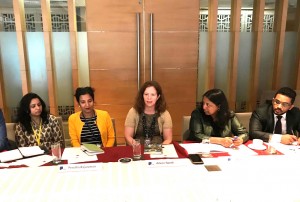