Ms. Hoffman in her opening address said, “I would like to thank everyone in AMCHAM Kolkata for all you do to strengthen and deepen the U.S.-India economic relations in eastern India. American companies with a presence here span a diverse range of sectors and make a significant contribution to the regional economy.” The United States, she said, is committed to working with India and other partners and allies in the region to foster a free and open Indo-Pacific. The U.S. government’s vision for the Indo-Pacific region has three pillars: economics, security, and governance. Economics is at the forefront of the vision. Private investment is the only sustainable solution to the Indo-Pacific’s economic and infrastructure needs, and greater private-sector engagement in the region requires open and transparent investment environments.

In the coming months, the U.S. government departments and agencies would begin implementing these initiatives in close consultation on program design with partner governments and private sector players. The CG welcomed industry views, ideas, and suggestions for partnerships among both governments and private sectors to pursue mutually beneficial and high-quality economic and commercial engagement in the Indo-Pacific region that conforms to best practices for transparency, governance, economic growth, and debt-sustainability.

To promote commercial and trade partnerships, particularly among SMEs, the United States Department of Commerce would be organizing a trade mission to India to participate in the Indo-Pacific focused business forum in New Delhi from May 6th-10th. Delegates of the trade mission would then travel to any one or two of the six U.S. Commercial Service office locations in India, where they will have one-on-one business appointments with pre-screened potential buyers, agents, distributors and joint-venture partners. Over 110 companies have expressed interest in Trade Winds. Kolkata has received interest from around 5 companies.

Consul General Hoffman also spoke about SelectUSA, which is the only national-level investment promotion program in the United States that promotes and facilitates business investment to advance U.S. economic growth, job creation, and innovation. The SelectUSA Summit is the biggest event organized by the SelectUSA Team in support of its objectives. The 2019 Summit is scheduled from June 10th-12th in Washington D.C. This year, the U.S. Commercial Service is also welcoming American companies based in India who may be considering re-investment in America as an option.

Mr. Sen moderated the Q&A and gave the concluding remarks and vote of thanks. 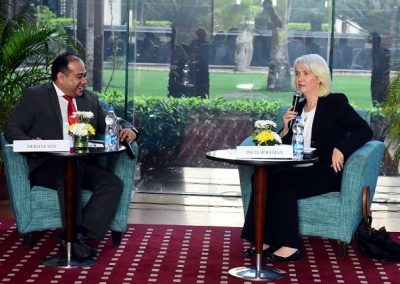 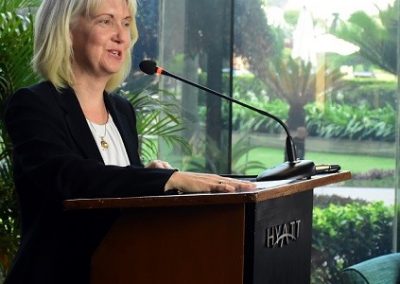 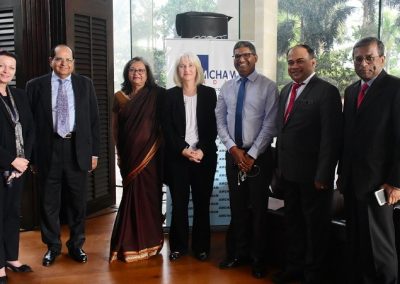