A session on ‘India in a Global Perspective – Current Economic Challenges and Prospects’ was organized by AMCHAM, in association with EY India, on July 21st with Dr. D. K. Srivastava, a noted economist, an Honorary Professor at Madras School of Economics and a Member of the Advisory Council to the 15th Finance Commission. He is also the Chief Policy Advisor for EY India. The session began with Mr. Prakash Bodla, Chairman – Hyderabad Chapter, AMCHAM and Executive Head, Carrier Technologies International, who welcomed participants. Mr. Jayesh Sanghvi, Vice Chair – Hyderabad Chapter, AMCHAM and Partner, EY India introduced the speaker.

Dr. Srivastava spoke at length on the recovery of the fiscal year in India (FY 22) and GDP growth. He explained that India’s economic damage was mostly from the first wave of COVID and that the second wave of the pandemic did not adversely affect the economy as much as the first wave. The gross fixed capital formation and capacity utilization did fall but is recovering and new investments would help raise the capacity utilization to 75%. Through a detailed presentation, he also showed that industries and services were recovering. Dr. Srivastava also touched on inflation, monetary policy, implementation of additional liquidity into the system, taxation, restructuring expenditure and borrowings, fiscal stimulus and stability of direct investments. 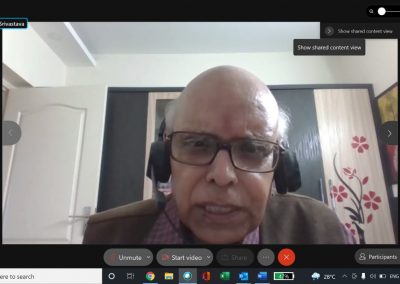 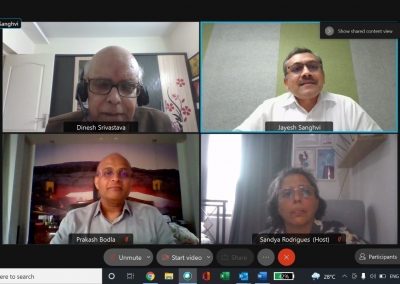