Mr. DP Singh in his opening observations apprised the participants about the sudden demise of Paridhi Goel Thakur, a young employee of AmCham, who was in charge of the HR Committee. A two-minute silence was also observed as a mark of respect to Paridhi. A condolence resolution was passed by the Chair, Co-Chair and committee members and “The Paridhi Excellence Award” was announced.

Going forward, for the remaining 2016 and first quarter of 2017, the HR Committee would be focusing on the following 3 charters:

In his concluding remarks, Mr. DP Singh thanked the committee members for their participation. 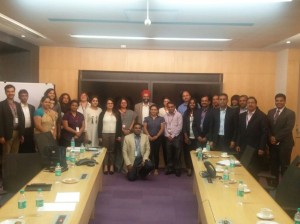