1. Digitization of HR – Companies that agreed to part of the core group were Microsoft, IBM, Textron, KPMG and J&J
a. SMAC (social, mobile, analytics, cloud)
b. Future of work (FOW)

2. Labor Reforms – Companies that agreed to be a part of the core group were KPMG, Microsoft and J&J
a. Government role
b. Contingent staff
c. Health and safety

3. Fraud – Companies that agreed to be a part of the core group were IBM, Citibank, Morgan Stanley and Turner
a. Employee related fraud
b. How to handle fraudulent situations
c. Fear of destroying careers
d. Performance and tolerance levels
e. Data privacy
f. Technologies involved

The meeting concluded with an engaging discussion for which the committee mutually decided to address the question- can we influence the HR environment to make considerable changes to U.S. MNC’s operating in India? 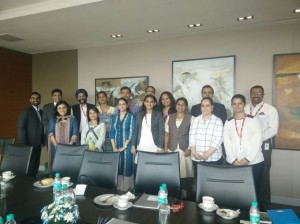 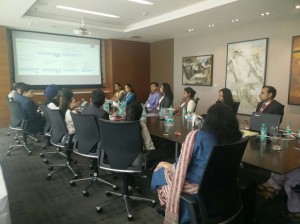