From the U.S. Embassy, LTC Simone Shen, Deputy Chief, Office of Defense Cooperation, Col. Aaron Cooper, Acting Defense Attaché and Mr. Raghavan Srinivasan, Commercial Attaché joined the discussions over Webex. Ms. Arun opened the discussions with a brief readout of the meetings and engagements conducted at the AMCHAM Annual Door Knock to Washington DC in early June. The defense delegates who had joined the door knock briefed members on their thoughts and feedback on various aerospace and defense related meetings.

The committee discussed the possibility of the rescheduling of DefExpo 2022 in October and their plans for participation. The team felt that amongst other agenda points, an update on DefExpo could form the basis of a meeting request with Mr. Sanjay Jaju, Assistant Secretary Defence Production, Ministry of Defence, Government of India. Lastly, the committee decided that going forth committee meetings would move back to a completely in-person pre-pandemic format. The next Defense Committee meeting was confirmed for August 10th at the Boeing office. 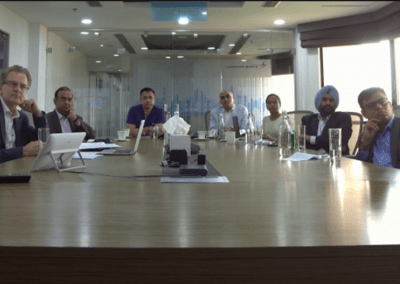 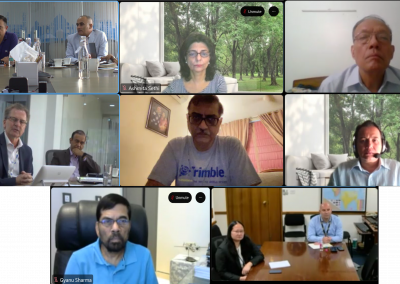