AMCHAM welcomed members and kicked off discussions by giving a brief overview of the highly successful annual AMCHAM door knock. Members were updated of the perception of the defense officials at the Department of Defense, Capitol Hill lawmakers and other government agencies in the U.S. The team prioritized the agenda for meetings with the Ministry of Defence officials in the next quarter. CAATSA and its implications were also discussed at length under Chatham House rules. The upcoming DefExpo 2020 was discussed and potential industry engagements. A detailed analysis of upcoming G2G dialogues between the two countries was also conducted 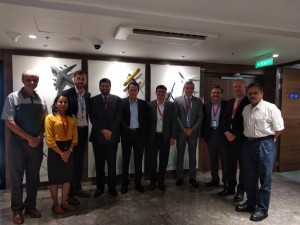