AMCHAM’s Tamil Nadu Chapter hosted a breakfast meeting on smart business infrastructure in the digital age on June 23rd, 2017 at Hotel Westin Velachery. Mr. R. Ramkumar, Chairman – Tamil Nadu Chapter, AMCHAM, chaired the meeting. The featured guest speaker was Mr. Bithal Bhardwaj, Chief Information Security Officer, GE Africa and South Asia. While welcoming members to the breakfast meeting in June, Mr. Ramkumar emphasized that with connected networking being the order of the day and the government working towards a digital India, awareness on cyber security has come to the forefront. He said that there are two kinds of companies – one that knows that it has been compromised and the other which does not.

Mr. Bithal Bhardwaj made a short presentation and said that he would be focusing on the industrial and digital security risks, which according to him, are the foremost risks that business leaders should be aware of. He said concerns that the security of the physical infrastructure are overblown, it’s not particularly encouraging, although there are signs that awareness of the issue is rising. Mr. Bithal said that in operations technology (OT) the manufacturing process control systems, which are used in utilities, healthcare, transportation, oil and gas, chemical production, among other industries, use systems which are increasingly linked to computers and networks and therefore particularly vulnerable. A simple innocuous device like a pen drive brought in by a person intent on sabotaging the entire process control network can insert the pen drive into the USB port of a computer in the control system and wreak havoc.

Warning bells in case of cyberattacks include:

There needs to be a paradigm shift in the role of cybersecurity personnel where the focus is to protect manufacturing facilities and other company owned assets. This is important because cyber physical is becoming more rampant often violent and the intention is to steal data and then monetize it or freeze data on the hard disk and then monetize it.

The key takeaways from the meeting were:

In support of our shared goal to promote an open, interoperable, secure, and reliable internet that fosters innovation and serves as a tool of economic and social development, AMCHAM members need to increase cooperation in the areas of cyber security, cyber defense, international security in cyberspace, be proactive on law enforcement responses to cybercrime and to strengthen our collaboration on cyber issues in relevant national and international fora. In Chennai, AMCHAM members are encouraged to share best practices amongst the Information Security Officers of member companies. 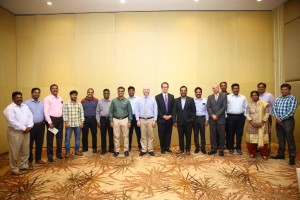 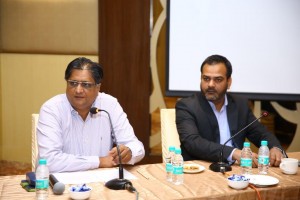 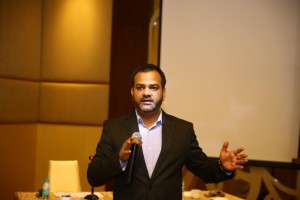