AMCHAM’s 1st GCC Summit was held on February 12th as a half-day virtual summit organized by the Hyderabad Chapter. The session was opened by Ms. Ranjana Khanna, Director General CEO, AMCHAM who welcomed participants of the summit followed by Mr. Prakash Bodla, Chairman – Hyderabad Chapter, AMCHAM who gave a brief about the day’s program. The inaugural session began with Mr. Arijit Sarker, VP Global Media Operations/Site Head, Google India. He spoke on innovating fast and furiously and moving from ops to innovation technology. The keynote speaker was Mr. Salil Gupte, Chairman, AMCHAM and President, Boeing India. He spoke on jump starting engineering frontlines and improving manufacturing design, core competence and Centers of Excellence for engineering. This was followed by a panel discussion on ‘Back Office to One Office’ moderated by Mr. Priyaranjan Jha of Pepsico with Mr. Shashi Reddy, National Executive Board Member, AMCHAM, from Qualcomm and Mr. Chintan Chawla of Synchrony as panelists. The discussion focused on how reverse innovation and technology is no longer the enabler, but the business.

The star speaker of the day was Mr. Shiv Khera, Business Leadership Coach. He said that all stress was not bad and how habits create character. He spoke on priorities being urgent vs important and the serenity prayer, which helps us accept the things we cannot change. This was followed by a session on ‘Managing People and Building Culture (Remotely)’ moderated by Dr. Kiranmai Pendyala of Western Digital with panelists Mr. Nilam Patel of S&P Global and Mr. Ramesh Kaza of State Street. The focus of the session was on people and agility. The final panel discussion of the day was on ‘Innovation Journey’ moderated by Mr. Arindam Bannerji of Wells Fargo with panelists Mr. V. Laxmikanth of Broadridge and Mr. Prakash Bodla of Carrier which touched on algorithms being passe and quality of data being the core for innovation.

Mr. Jayesh Ranjan IAS, Principal Secretary Information Technology/Industries and Commerce, Government of Telangana, spoke on the ecosystem and how Telangana has opened up in ease of doing business with a vast talent pool available. The U.S. Consul General of the U.S. Consulate in Hyderabad gave a recorded message on how American business was growing in India, especially in Hyderabad and the impact they made. This was followed by Mr. Andrew Edelfsen, Principal Commercial Office, U.S. Consulate General Hyderabad, who gave on overview on trade and emphasized that the Consulate could be contacted for any issues that American companies face in terms of trade and commerce. The summit closed with Mr. Jayesh Sanghvi, Vice Chairman – Hyderabad Chapter, AMCHAM and Partner, Ernst & Young, who summarized the day’s proceedings. 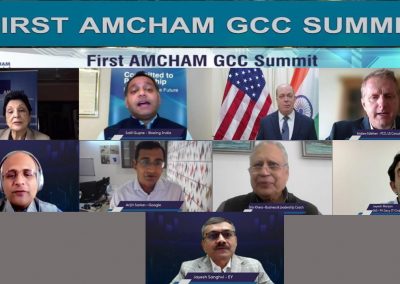 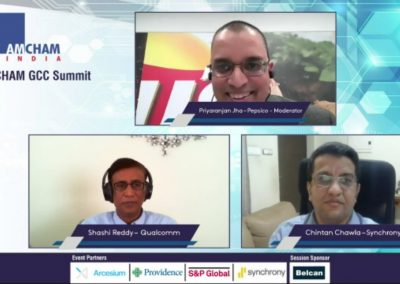 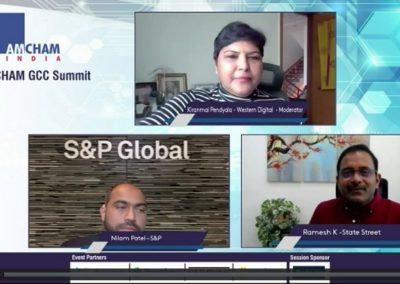 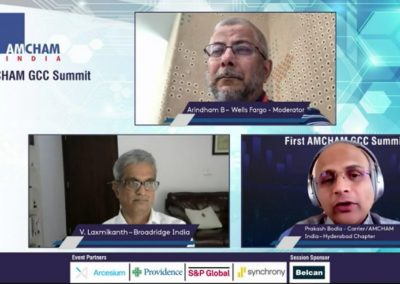