The second meeting of the National Executive Board (2017-18) was held on 18th August 2017 in Chennai. The meeting was attended by Chairman, Mr. Pratyush Kumar (President, Boeing India), Vice-Chairmen, Mr. Gulshan Kumar Sachdev (Managing Director, Quaker Chemical India) and Mr. Arun M. Kumar (CEO, KPMG in India), along with other members and officials from the Economic and Commercial Sections of the U.S. Embassy. 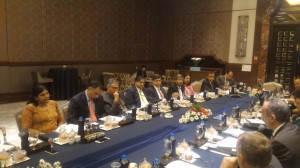 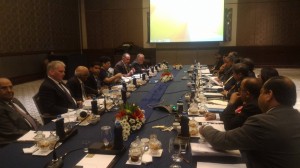 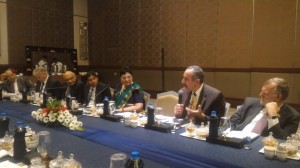