Meeting with the Mr. Darpan Jain, Commissioner for Industrial Development and Director of Industries and Commerce, Government of Karnataka – 4th August 2017

The American Chamber of Commerce, Karnataka Chapter, conducted a breakfast session with the Commissioner for Industrial Development and Director of Industries and Commerce, Government of Karnataka, Mr. Darpan Jain, on August 4th at the J.W. Marriott in Bangalore. Mr. Darpan Jain took over as Industries Commissioner in February 2017. The Chairman of AMCHAM’s Karnataka Chapter and Managing Director of Saggezza India, Mr. Iqbal Sait, welcomed Mr. Jain to the meeting. He spoke of the long association AMCHAM had with the Government of Karnataka. Mr. Darpan Jain said he was happy to be addressing the AMCHAM members. He said that he was also in charge of the Directorate of Urban Land Transport (DULT) and would welcome any questions in that regard. He talked about how providing good infrastructure for industries was vital for industrial development and therefore industrial parks are being established which have water and power connectivity. Most of these are sector-specific parks. There was also a focus on the Chennai-Bangalore corridor, and other parts of Karnataka being delveloped such as Mysore, Hubli, Dharwad, Belgaum and Mangalore. He gave details about the new Skill Development Department which was keen on creating employment in line with the requirements of the industry. He talked about leveraging Karnataka’s innovation and start-up ecosystem. He briefed the members on the incentives and concessions – tax and non-tax – to setting up industries in backward areas. He then spoke about social inclusion of the disadvantaged sections of society and women. He informed the members on the interest subsidy being given to women entrepreneurs and three women parks being established. In the end, he touched on the most important aspect of ease of doing business – how to ensure that we reduce the interface between regulatory authorities and government agencies and how everything has a single-window clearance, with the Industries Department as the single nodal point. For this he wished to interact with chambers and associations to get their suggestions on how to make Karnataka more investor friendly.

There was a vibrant interactive session with the AMCHAM members which lasted more than an hour. Top management of U.S. companies such as IBM, UTC, Nike, Synopsys, Syniverse, PwC, HP, Intel, Deloitte, Grant Thornton, etc. were present at the meeting. The meeting closed with the Commissioner welcoming members to meet him every three months as a chamber and to bring forth their issues and he would try to solve them as best he could. He also invited members to give the Industries Department suggestions on policy and other matters. 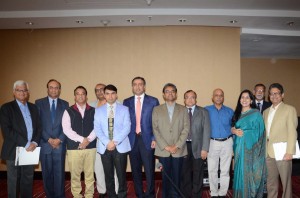 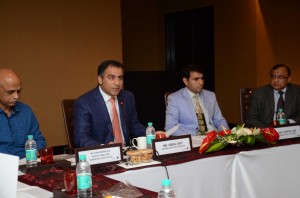 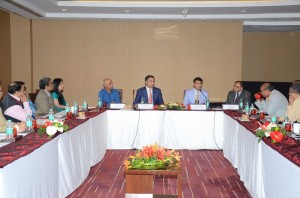 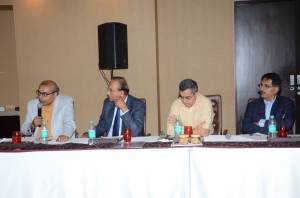 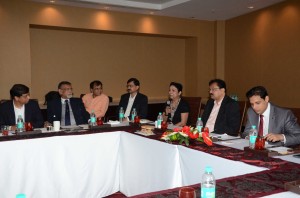 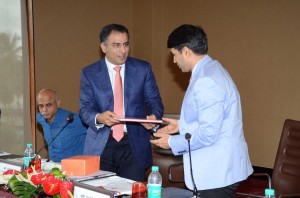