To coincide with the NEB meeting in Chennai, the Tamil Nadu Region organized a meeting with the Chief Minister of the state at the government secretariat. Several members of the National Executive Board led by Mr Arun Kumar, Vice Chairman, AMCHAM and Chairman and CEO, KPMG in India, called on the Chief Minister. Consul General Robert Burgess and Mr. Robert Kemp, Acting Minister Counselor EEST, U.S. Embassy were part of the AMCHAM delegation.

The Chief Minister welcomed the delegation and spoke of the many policy initiatives being taken to make the state an attractive investment destination. He also added that the state was establishing a state of the art Aerospace Park at Sriperumbudur with all facilities suited for plug and play operations. Mr. Atulya Misra, Principal Secretary Industries Department, said that the state has good facilities for the food processing, heavy engineering and construction equipment sectors as well. 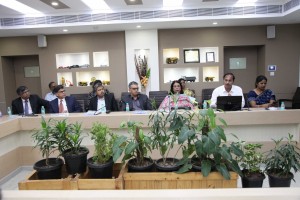 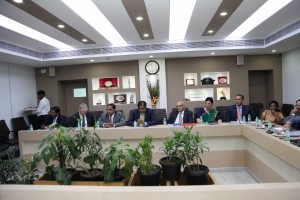 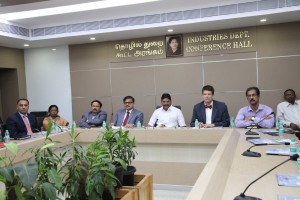