A meeting of AMCHAM’s Energy Committee was held on July 25th at the AES India office in Gurugram and was chaired by Mr. Rajendra Shrivastav, President AES India. The committee deliberated on energy storage, renewables, energy transition, biofuels and current developments in refining and petrochemicals. The integration of renewables and battery energy storage (BES) for an uninterrupted supply to the grid was seen as the next big development on the horizon. While BES for electric vehicles also had significant potential, it was felt that charging infrastructure needed to be in place before the full potential of EVs could be realized.

While lithium ion batteries for energy storage were seen as the leading technology offering the fastest response time, other technologies using nickel ion etc. were also good contenders. Lithium ion is not produced locally and is imported. Biofuel technologies converting waste to liquid fuels like ethanol, crude and furnace oil also offered a good business opportunity and some relief from hydrocarbon imports. The disruption in conventional transportation fuels has encouraged the integration of refining and petrochemicals. Technologies such as crude to chemicals were now on being considered seriously.

Members also discussed the above issues in the context of local manufacturing and integration into the global value chain. Challenges in each of these areas were discussed at length and the mobilization of members to address stakeholders. The challenge to contain a rise in global temperatures to 2 degrees Celsius was driving energy transition towards low carbon fuels. The themes that emerged for the next meeting were energy storage including renewables, petrochemicals and biofuels. 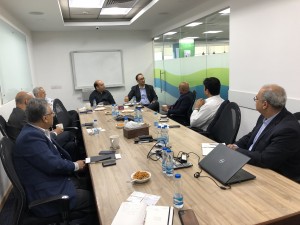 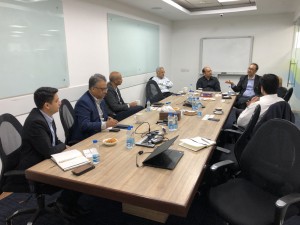 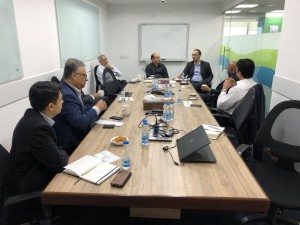