From the U.S. Embassy, CAPT Michael Farmer, Chief, Office of Defense Cooperation (ODC) joined the deliberations. Ms. Udaya Arun, Director – Aerospace & Defense, AMCHAM expressed delight with the presence of members in person and opened the meeting with a re-capitulation of her discussion with the DefExpo organizers and the clarity sought on the re-scheduled DefExpo 2022 in the context of foreign participation. Members also shared their views and reservations on the success of the rescheduled event, but confirmed that they would be present to show a united front, even if not in large numbers. AMCHAM’s potential plans at DefExpo were also deliberated. More interactions with thought leaders and think tanks were explored. 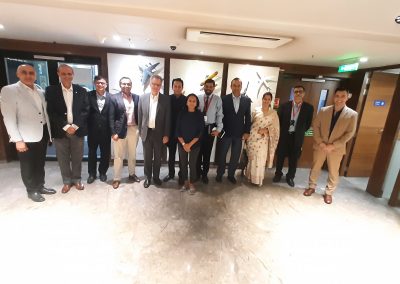