Mr. Paresh Shah, Vice Chairman – Karnataka Chapter, AMCHAM and General Manager, Syniverse Technologies, welcomed Mr. Fluker and gave him a brief about AMCHAM Karnataka’s long association with the U.S. Commercial Services. Mr. Fluker then spoke about his career in the Commercial Services and his plans for South India. There was an insightful discussion about the business environment in Karnataka and challenges American companies face operating in Bangalore, especially related to infrastructure and pricing issues in the pharma sector. Mr. Fluker said the consulate would like to work closely with AMCHAM to resolve some of these issues. 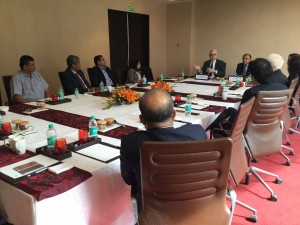 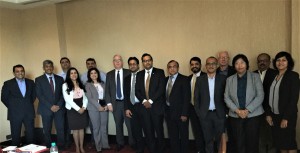