Ms. Amada Kidwai, Regional Director gave the introductions. Mr. Dinesh Agarwal Chairman AmCham Eastern Region in his welcome address briefed the Consul General on the role of Amcham in Eastern India and spoke about the diversity of events held in this region. He mentioned about the Road Shows that AmCham Eastern India is organizing for the Government of West Bengal on investment opportunities in the State at New Delhi for AmCham members interested in doing business in this region. He said that this was being followed up at Bangalore in the coming months.

Mr. Hall in his remarks mentioned that he was extremely pleased to be in Kolkata and his first impressions were very positive. He said that the role of the U.S. Consulate in Eastern India was to foster good relationship between various Eastern Region Governments and the U.S. He looked forward to working with AmCham Eastern India to encourage business investment both in the East and the U.S.

Mr. Suranjan Bhanja, past chairman of AmCham Eastern Chapter, in his concluding remarks and vote of thanks also spoke about the support the U.S. Consulate provided to AmCham and its members and looked forward to this continued relationship. 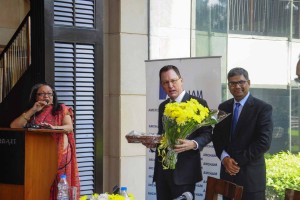 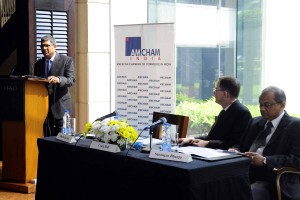 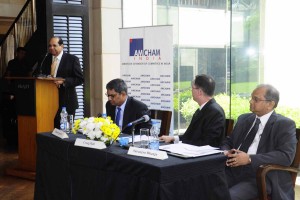 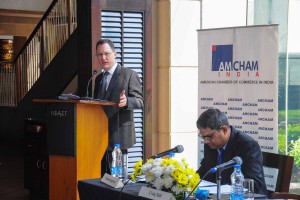