Discussion on the Future of IT in West Bengal with Mr. Rajeev Kumar, IPS, Principal Secretary Information Technology & Electronics and e-Governance– 22 September 2021

On September 22nd, AMCHAM’s Eastern Region organized a virtual session on the future of IT in West Bengal with chief guest Mr. Rajeev Kumar, IPS, Principal Secretary Information Technology and Electronics, Government of West Bengal. Mr. Kumar spoke about what the government was doing to upgrade the existing infrastructure across the state to enable the smaller cities and towns to have access to the digital transformation that is taking place. He discussed the importance of IT as a key component in U.S.-India trade relations, as well as a key provider of employment opportunities. He said that the sector has emerged as one of the prime drivers of the economy, with close to 10% contribution to the state’s GDP. He spoke about internet highways, connectivity in bandwidth, and the internet landing station. He highlighted the Silicon Valley hub that has been set up by the government. He discussed the new data policy that the West Bengal government had introduced which he said allows for mandatory time-bound permissions. He said that the government would like feedback from companies on their issues and requirement and suggestions on what the government can do to improve the infrastructure for the IT sector. The panellists spoke about digital education, work from home, and how to create infrastructure for smaller cities since employees are now preferring to work from their smaller hometowns than moving to big cities. They spoke about the professional talent shortage in IT and other industries, not only in India but across the world. This shortage was also impacting operations in West Bengal. 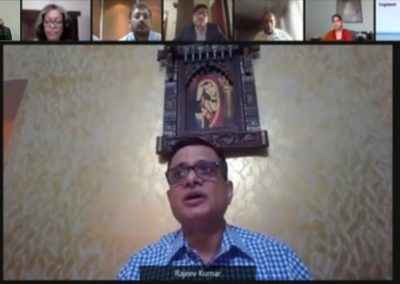 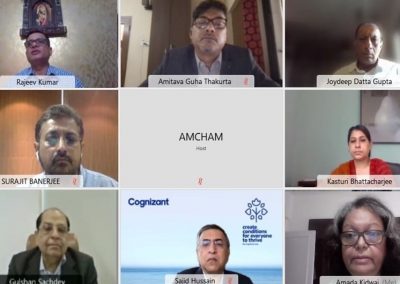