AmCham and Telangana Government Health Department organized a “Knowledge Workshop on Innovations in Medical Technology” in Hotel Taj Krishna, Hyderabad. The workshop was organized keeping in mind the following objectives:

• Providing a platform for interaction amongst various stakeholders i.e. physicians, policy makers, providers and industry to establish the right position for the medical devices industry as the pivot for healthcare industry in the country.

• Deliberating on the possible role that State government and the industry together could play to make Universal Health Coverage (UHC) for the state a reality.

Welcoming the audience Mr. Prabal Chakraborty, Chairman-AmCham Medical Devices Committee and VP and Managing Director, Boston Scientific India congratulated the Health Secretary and his department for conceptualizing this knowledge workshop and emphasized on the important role of medical devices industry in managing the holistic healthcare for the state by addressing the disease burden.

Commenting on the occasion, Shri Suresh Chanda, Principal Secretary, Department of Health & Family Welfare, Government of Telangana stressed on the early diagnosis and hence effective treatment of non-communicable disease (NCD) by use of innovative medical technologies. He was also of the opinion that optimal usage of innovative medical technologies has the potential to reduce the overall cost to healthcare in the state and the country.

Mr. Michael Mullins, Consul General of the U.S. Consulate, Hyderabad mentioned that Medical devices play a crucial role in diagnosing and managing diseases by allowing people to live longer, healthier and more productive lives and in health research, the United States and India have established a strong record of cooperation. The U.S. National Institutes of Health (NIH) has developed a robust relationship with India’s medical research community in the biomedical and behavioral health sciences. New and ongoing research partnerships focus on diabetes research, low-cost medical devices, and vaccine development.

Dr. Buddhaprakash M Jyothi, Health Commissioner, Government of Telangana spoke about need for more information sharing programs on new technologies which empowers the government to take informed decisions for the benefit of citizens of Telangana. 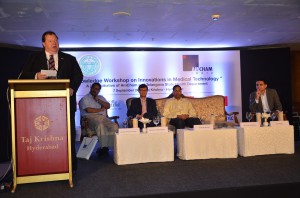 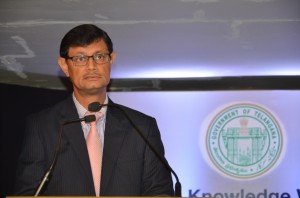 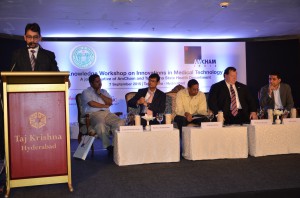 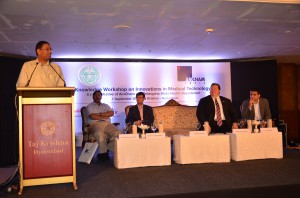